Talking to Chris the other night, I asked him what his New Year’s Resolutions were for 2018. I always assumed that most people set year-long goals at the start of each year. I never considered that that’s not always the case. Sometimes, we might already be doing all the things we care about and as much as we have time for that a New Year’s Resolution isn’t really necessary.

But… I like setting goals. Of course, most of them are running-related, so it’s a bit boring, but hey! It keeps me active right?

This year, I’ll be running Berlin. I woke up early last year to catch the leaders of the marathon at Kottbusser Brucke. It was awesome to see them! Insanely fast runners have a way of making something that looks deeply uncomfortable somehow look desirable. But, no runner ever starts a training season thinking that there won’t be any pain or misery involved. Much less, think that running fast is the product of effortlessness. So it goes without saying that you shouldn’t necessarily envy insanely fast runners, because so much work goes into that. And excellent genes… I guess I’m enviable of their exceptionally good genes.

It rained so much that day. Mother nature must have been laughing at everyone for thinking that 2017 was the year someone would set a new marathon record. But the crowd showed up! Everyone was geared for the weather. People were there to cheer and have a good time. It made me really want to run it. And, being lucky with marathon lotteries, I got in.

In February, I’ll be running the Barcelona Half. I’ve got the Madrid Half in April, and my first 50km run in Oslo at the end of May. I’d like to run a few shorter road races leading up to Berlin, but it remains to be seen where we’ll be from March onwards, so it’s too soon to plan that far in advance.

It’s our last year in Europe. It would be great to live in another capital city like Prague, Vienna, or Lisbon. Maybe a few short weekend trips…

And, if Nate and Poliana’s January visit is any indication of what’s to come, then I have a feeling that 2018 will be an eventful year. 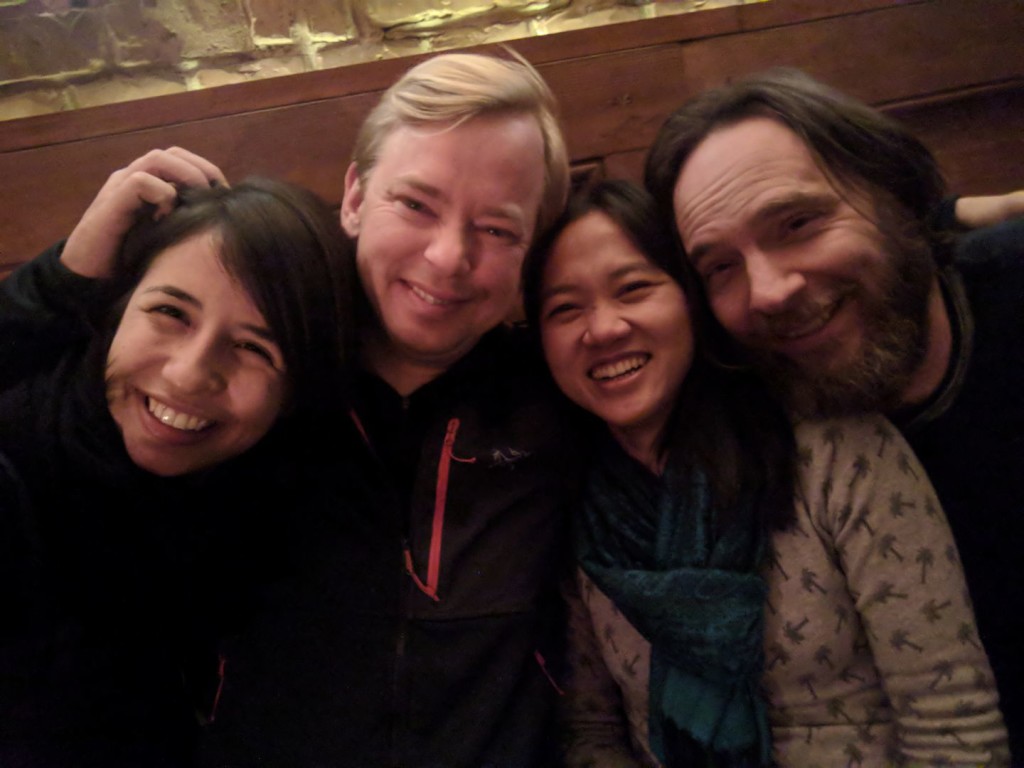