72°F with 83% humidity, sunny with a mostly shaded route

Paved road, around a neighborhood but without too much camber. Flat.

What I liked About the Race

Very fast course and competitive participants, but everyone was pretty friendly. Lots of locals. There were guides from Tidewater Striders stationed at the end of each lap so it was really easy to know where to go. Oh, and the kids! There were so many cute, competitive little kids running the 5k. Of course, that meant a tricky start (crowded and a little bit of stampeding) but it thinned out pretty quickly after the first lap.

Even pacing and a more controlled race effort. Clear the crowd from the start since there were no corrals. I also looked up last year’s best time for women in my age group (20-29) and it was 24:05, so I aimed to finish under 24.

The race was basically a loop on the north end of Kingston Elementary School starting on a narrow section of Kings Grant Road. The starting line was pretty crowded, but clearing it didn’t require too much effort. Although it was easy to get carried away since the kids who were running the race started strong at paces around 6:30min/mi!

Most of the run was along treelined streets. There wasn’t a noticeable camber and it was easy to cut corners because there wasn’t much of a crowd after the first lap. I also think there was a water stop, but I can’t remember where along the course.

There’s a clearing towards the end so on a hot day, going for a strong finish could be a little rough. It was cool enough last Saturday so I was able to get under a 6min mile for my final sprint! 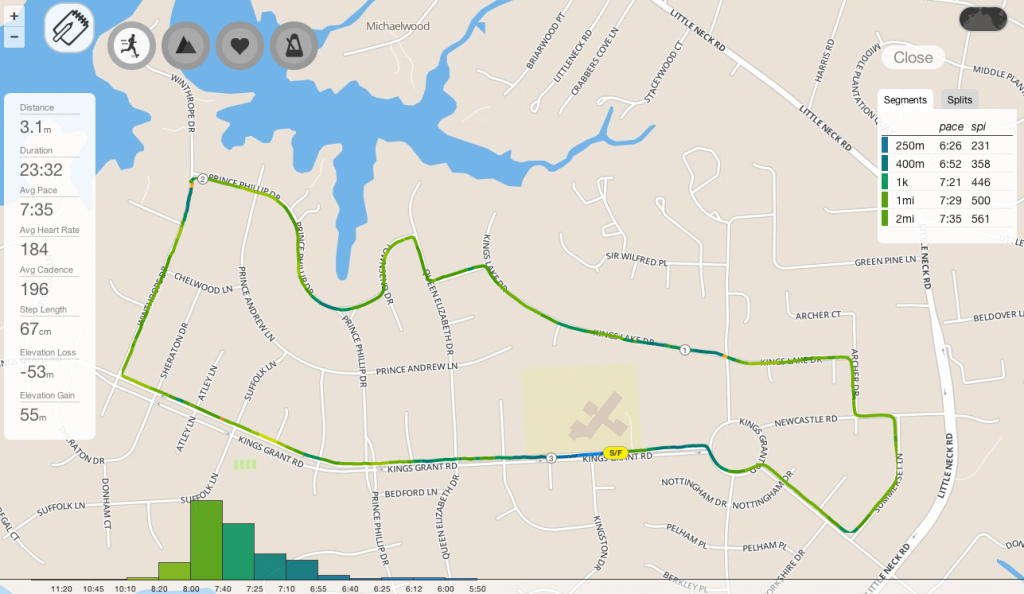 I am sad to report that I was a mere 17 seconds behind the girl who placed 3rd place overall for women. Sigh. Still, I felt great taking second in my age group at 23:29! 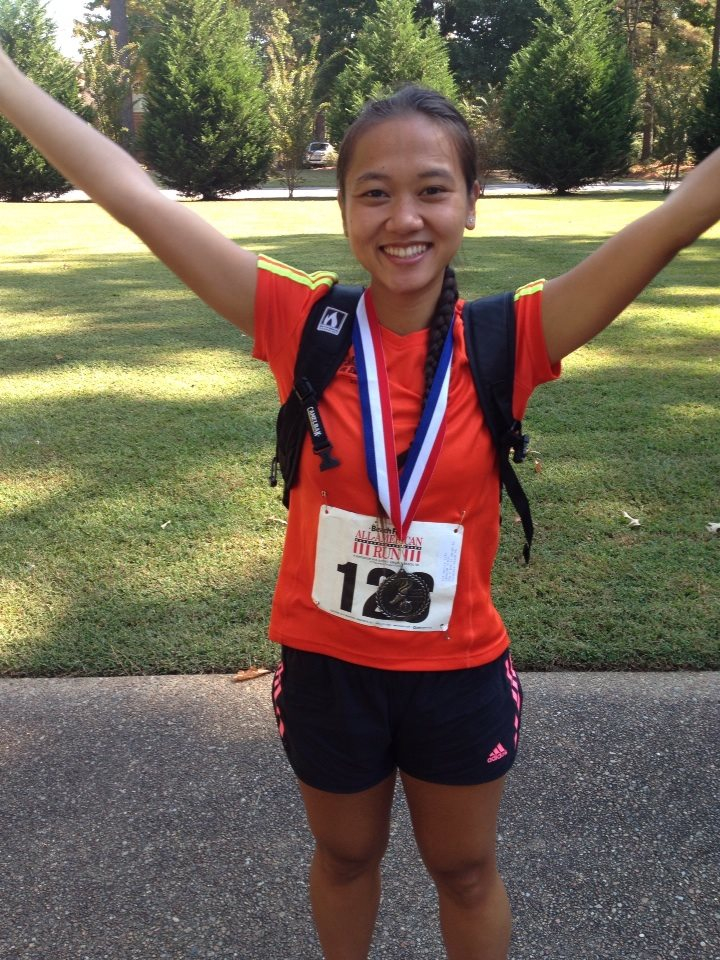