I made one of the best discoveries last month: the distance from our place to the Back Deck (an outdoor bar overlooking Lynnhaven Bay) is exactly 10 kilometers away. That’s pretty much my perfect distance!

It’s already  a  ritual to do $2 fish tacos and Tecates on the Back Deck on Tuesdays. It only made sense to make it even more worthwhile by running there and getting a ride back for the return. The view isn’t bad either. 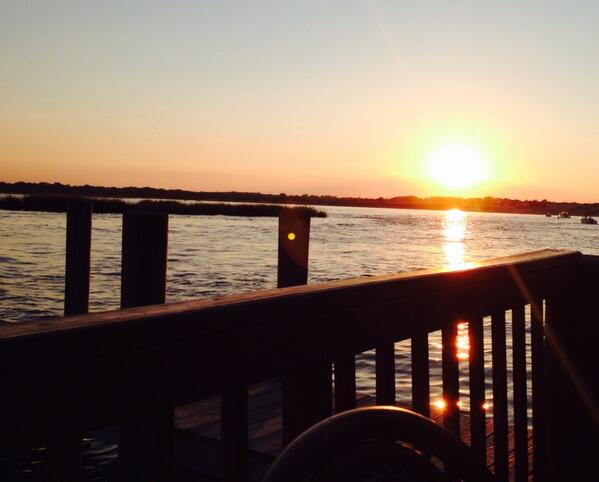 The route is a little tricky since the bulk of it runs along Great Neck Road, which has a 45mph speed limit and where you almost always feel like an SUV is coming straight at you when it’s cutting a turn at 55. Although, I’ve noticed that running along the sidewalk of a fast road makes me feel like I’m also running faster, so that’s a plus!

The first mile and a half runs along our neighborhood, then about 3.5 miles along the main road, up and down a bridge, and about a mile through a smaller neighborhood that takes us to the Back Deck.

On hot days, it’s about the worst run you can imagine. On windy days, it’s mildly terrifying to run up and down the bridge. On cool days, you can really charge through the hilly finish and feel pretty awesome about the whole thing! 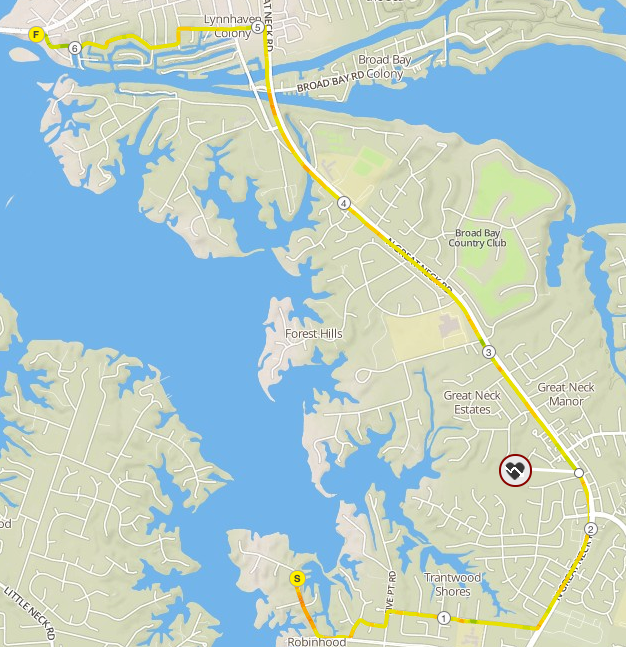 I’ve still got this sub-50min 10k goal lingering in the back of my mind so I’ve been running each week a little faster whenever I can train for it. I figured, if I can run this route quickly, considering I have to cross 12 streets and a bridge, I can run a sub-50min 10k on a flat, straightaway course.

Also… trying something a bit different and sticking more to short-term goals!

-Do one speedwork a week

-Cross train at least once a week

All accomplished! Another good month of running 🙂

Miles run per day in September

I’ve got a local 5k coming up this weekend (October 5th) and hoping to finish under 25min but… I very rarely push hard during a race. It’s so silly. I have this irrational fear of getting hurt if I run too hard and that I might not be able to run the next day. Or that I might pass out from exhaustion. Or have my foot land on a bad camber and hurt my ankle. Seriously irrational.

So I’m throwing all that out the window on Saturday! Just cause I think I finally can.

One Comment on “September 2013 – end of month running report”