a year about drinking, running, travel, and startup culture

When I turned 21, I celebrated with my friend, Guy, in a French-Japanese restaurant in the East Village of Manhattan. There was a blizzard that night, so no one wanted to go out and everyone else that normally wouldn’t care about crap weather were out of town. It’s probably worth a mention that I was oddly sincere about my decision to not drink before my 21st birthday. I travelled to two of the best countries for beer – Belgium and England – and didn’t bother trying them even though I was of legal age when I was there. So when I turned 21, I was pretty excited about the whole thing!

Honestly, I can’t even remember what that first drink was. I’ll tell you though.. it wasn’t beer. Guy eventually took me to a proper bar where I did have my first beer, which ended up being Delirium Tremens. To date, it still holds a very special place in my heart. Not to mention, it has a cute pink elephant as a logo. And over the years, I’ve discovered hundreds upon hundreds of other ones… you can start with this list of 99 beers from Grub Street.

Anyway, the reason I mention the drinking is because I attended a bunch of “going away” parties this past year, which is something I’ve never really had to do before. I guess, moving from country to country necessitates it. My friend, Kateryna, was pretty much my drinking buddy in Australia and when she left, we had some stiff belgian ales before tackling korean bbq. When I decided to leave my job at Capital IQ, it was yet another round of farewell drinks. When I moved back to New York, it was a series of welcome drinks. When we applied to Start-Up Chile (SUP) and realized we were moving to Santiago – yet another going away party. Because SUP is a 6-month program, people come and go. More drinking! Luckily, I can handle my alcohol well. Perhaps, surprisingly so. Although, I attribute that to my running.

In high school, it was my sport of choice. It didn’t require much “gear,” it didn’t require a special place to train, and I didn’t have to deal with being on a team where there’s always inevitably at least one person I could never get along with. I read The Nike Experiment and fell in love with the idea of tracking my running data. But it wasn’t until this past year that I realized I’ve actually become a runner.

I run everyday. No really. Every single day. This past summer, I wanted to run 100 days in a row. I got sick three times during that period and I pushed through it. I ran 64 days in a row before missing one because I was stuck in a consulate all day for a visa and had an early evening flight. This isn’t a big deal to many runners, but it means a lot to me. It’s a different kind of discipline. So I’m doing it again. Today is day 38. I ran 6.31 miles today. I also registered for Maratón de Santiago – and you know what? Day 100 is 7 days after the marathon. How’s that for a challenge?

This makes for a perfect segue into travel… I’ve recently become interested in destination running. I’ve found that there’s no better way to explore a new city or a small town than on foot. I traveled the most when I was 19. Then there was a lull and I stayed in NYC for a while. Until I was transferred to Sydney. Then it was Brisbane, Melbourne, Perth, Tokyo, Hong Kong, Kuala Lumpur, Phuket, Manila, Sabang, and some random small town along the border of Burma (here’s my old travel blog: Brooklyn Abroad). And, recently, I’ve moved to Santiago. It’s not hard to imagine that I’ll eventually be backpacking my way around South America. One day.

In Santiago, I’ve developed a real appreciation for the startup culture. It was different in New York – there was just more of a tech culture. It was crazy competitive. The environment for some of the incubator meetups were almost hostile. And everything was almost always about money. It was rare to find someone talk about something passionately just because they cared about it and not because they could make a ton of money by turning it around on a sale. Here: I’ve met my core group of entrepreneurs who “live and breathe” their startups. The first and last thing I think about each day is related to running. I blog about it, I research it, I geek out over running tech, and then I use all of that to help Smashrun. I fucking love it.

I’m broke, I’m ripping right through my savings, I’ve got no clue where I’ll be after Start-Up Chile, I’m learning 3 different programming languages simultaneously which might not get me anywhere, and I’m happy. Totally happy. 25 was a good year. And now that I’m 26? I’ve got some serious work to do. I’ve set the bar pretty high. 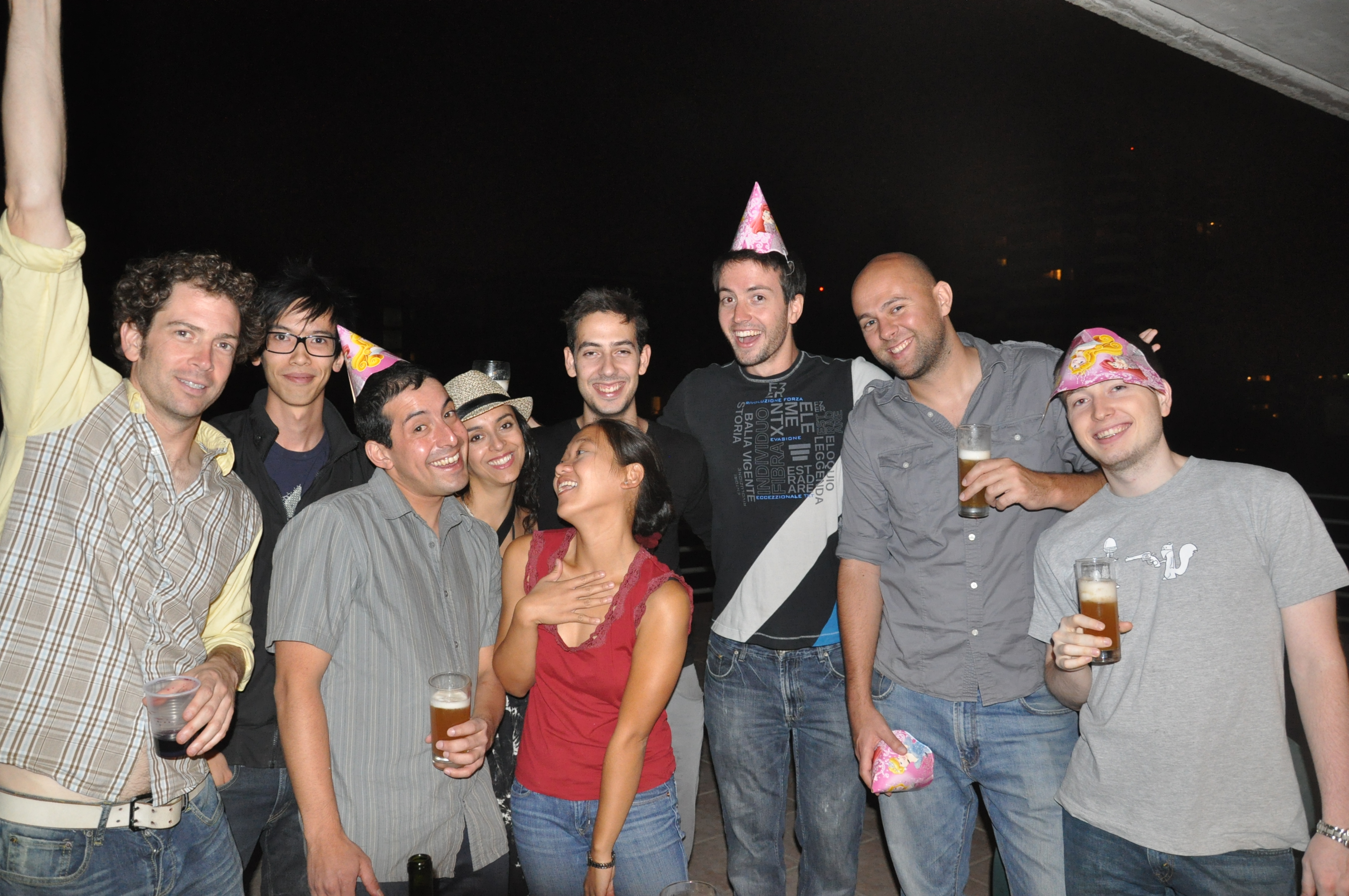 3 Comments on “a year about drinking, running, travel, and startup culture”