The irony of Montenegro’s “wild beauty”

Everything appeared lush and green. Every shade of turquoise or blue under the sun seemed even more dramatic along the Montenegrin coast. Is that a snowcapped mountain facing the Bay of Kotor? This bay is huge! The bus driver isn’t exactly taking his time. He’s zooming around the Bay of Kotor. There’s large puddles from the rain. The road is hella slippery. Sharp turns over a mere two hour bus ride is not exactly my forte.

Welcome to Montenegro! Are those advertisements along the cliff wall? On one side is a stunning show of the Adriatic Sea. Endless horizon, wispy clouds, and so much sky. No islands in sight. Not at all like the islands that seemed to converge upon Split. Look, they’re advertising furniture on that cliff face! Interesting choice.

In Budva, the Old Town was an unusual mix of konobas, English pubs, beer gardens, and Chinese restaurants. Everyone has a kid. You could probably trip on a stroller if you’re not paying attention.

Along the water, you’ll find fishermen offering their boats as a taxi to one of the many beaches that you can only reach by water. You can even take a water taxi from Budva to Sveti Stefan!

Back in Przno, there’s maybe five restaurants, a few bars, and a really big casino, which appears to be the highlight of this once quiet fishing village. 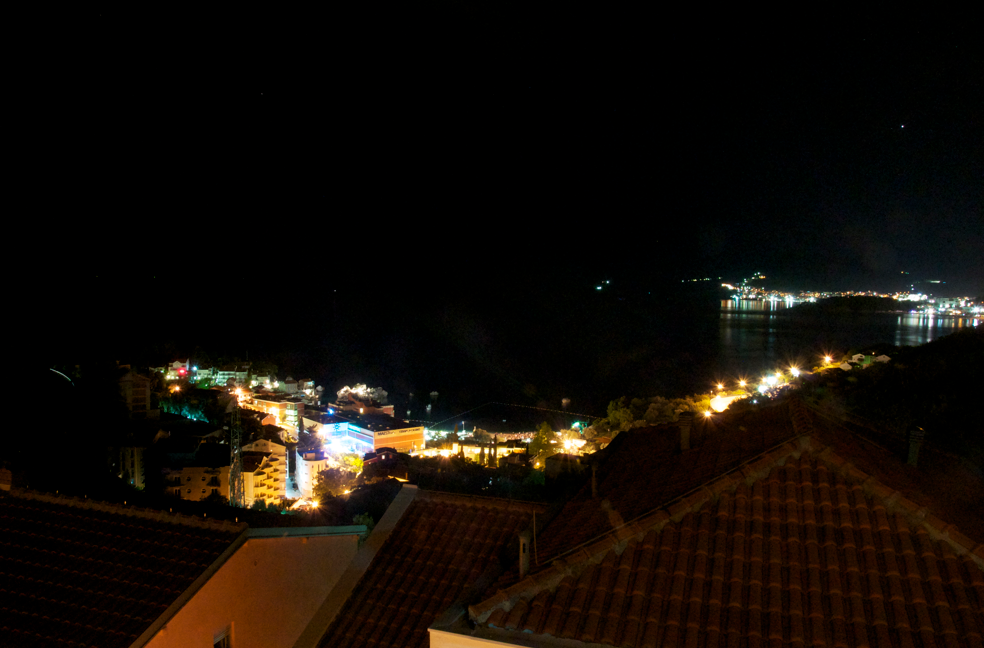 The building in the center is Casino Maestral. On the Adriatric, “maestral” means a pleasant summer breeze.

Just behind it is the hilly community of Podlicak, our home for the month of May. The rent was unbelievably low for the shoulder season (but nearly triples for the peak season). We had a great setup for work and we were reasonably close to the city.

There were trails leading up to the mountain near where we stayed, but it literally felt like running up a mountain. We also didn’t learn until after three attempts at reaching the ridgeline that horned vipers are quite common around these parts. Chris practically stepped on one in our neighbor’s backyard.

That meant, I couldn’t really wander around the rocky trails by myself. So I was left with running the route to Sveti Stefan and back. There was a coastal path that almost connected Przno to Budva, but it required a 400m walk along the main road. Why are there no sidewalks? Further south is another town, Petrovac, which had a few trails nearby but it was a hike to get there.

The thing is, though, there used to be plenty of trailheads around the area. Looking at satellite views of Przno, we could see where the paths begin but when we’d go there, there would be a condo being built on top of it. Or the trailhead is now behind someone’s private property so you can’t get to it. There is just so much development everywhere. It’s not hard to imagine that, in ten years time, there just won’t be much wild beauty left along the coast.

For now, it’s still pretty incredible once you gain a bit of elevation, and Miločer really does feel like a park early in the morning. Although, if you start anytime after 7:30am, all you’ll hear is construction work in every direction. 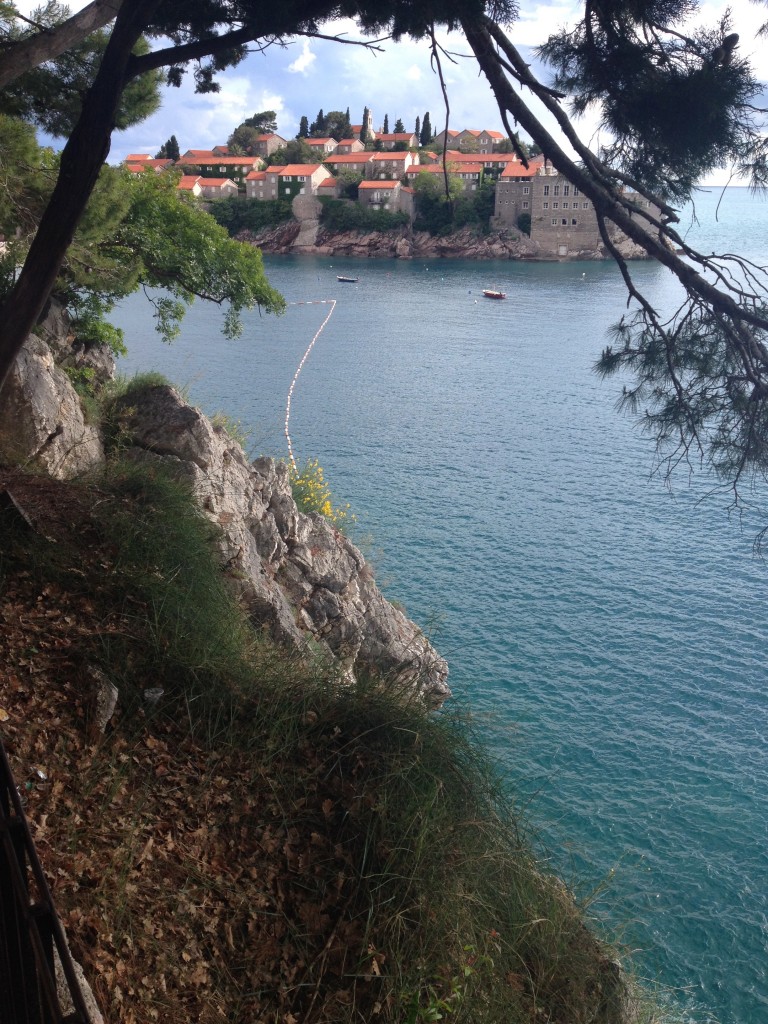 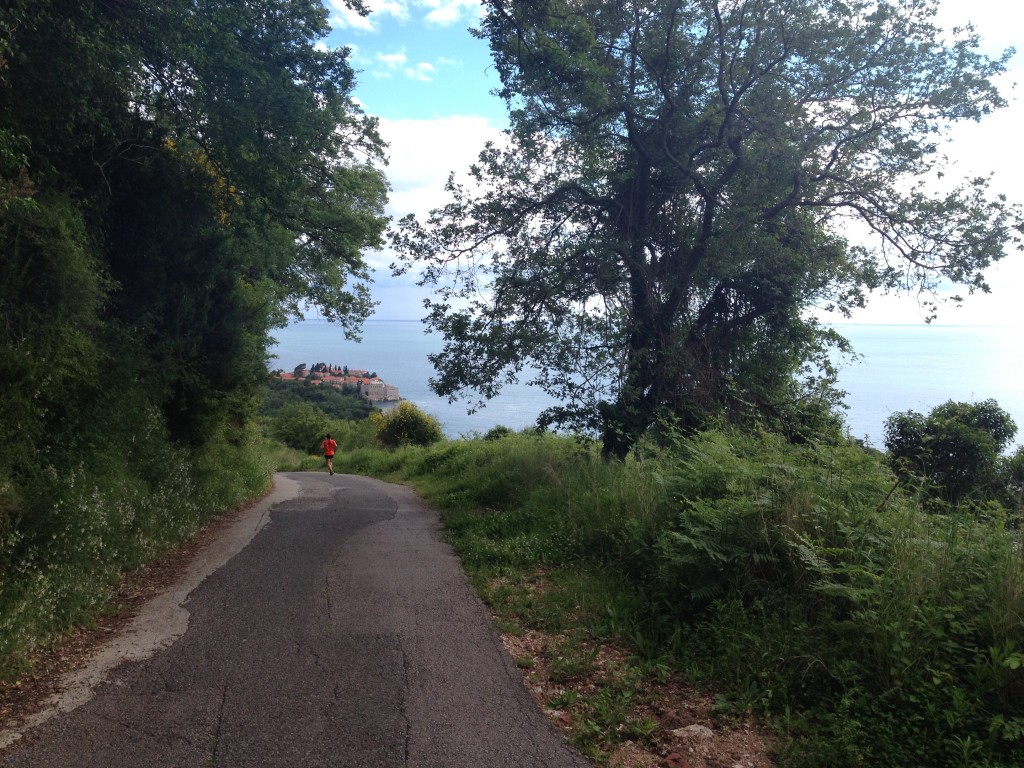 Some of the best views of Sveti Stefan were all from the hillside. 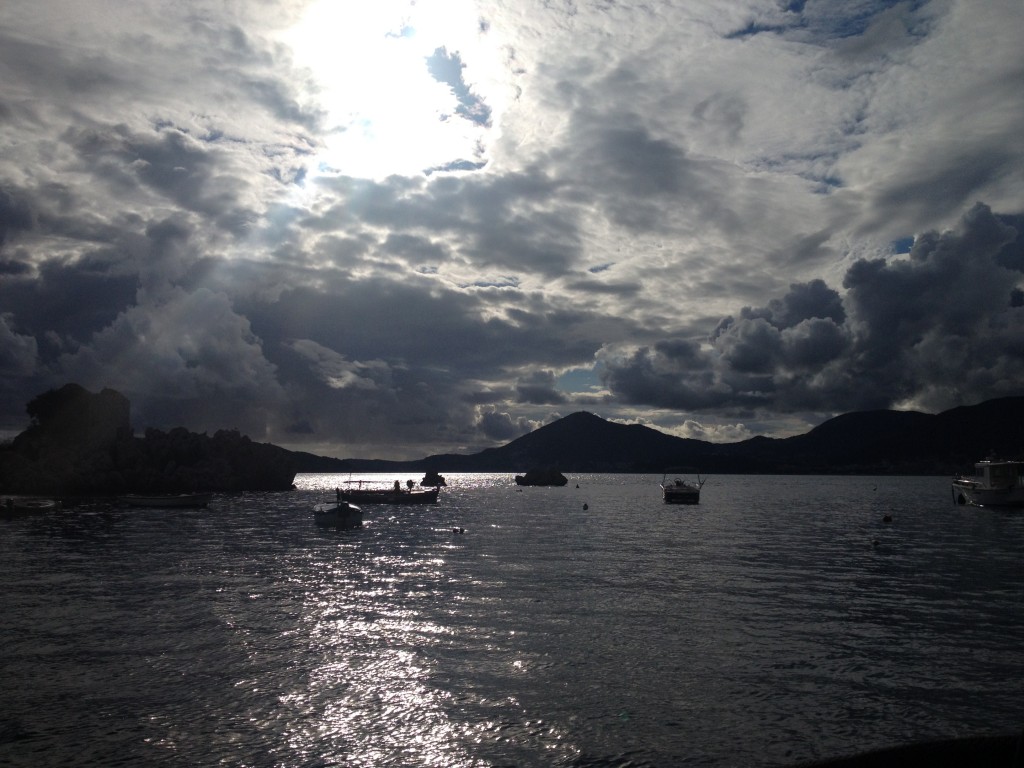 The view from our local bar.

A familiar view of storms rolling in from our top floor apartment. 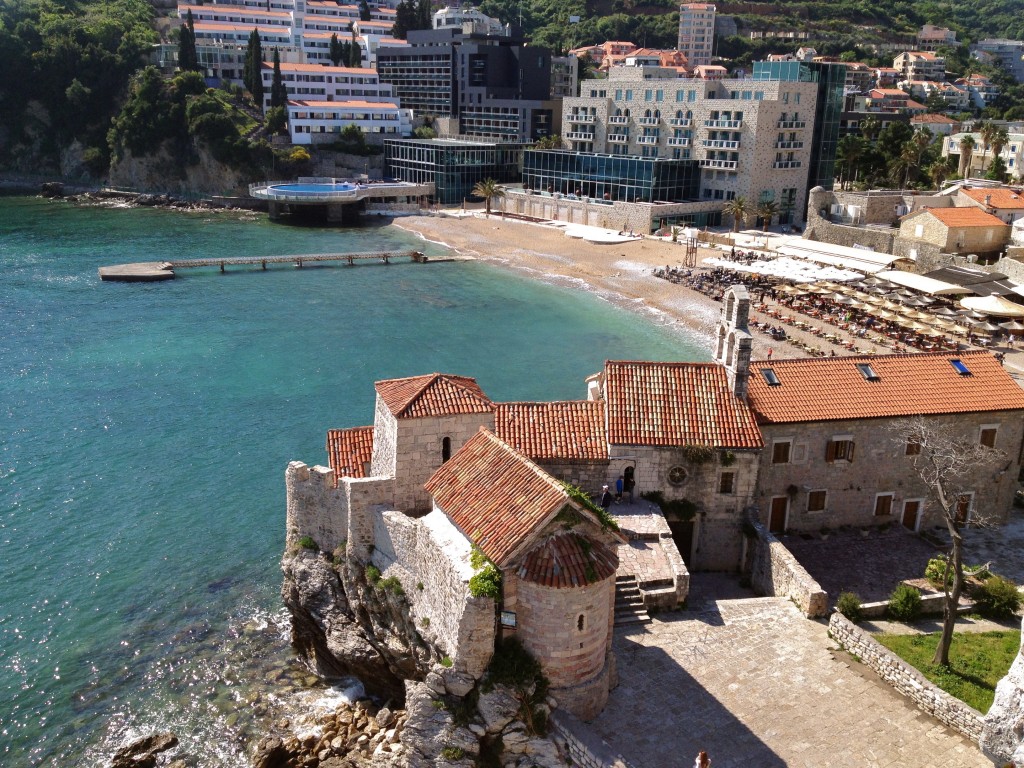 One of Budva’s beaches, viewed from the citadel.

I can see the appeal. The beaches are beautiful and a swim in the ocean will change your entire perspective of this city.

2 Comments on “The irony of Montenegro’s “wild beauty””