What It’s Like to Move A Startup to Spain

It was sheer luck that Smashrun recently ended up in Spain. We  needed the change. Something about living in suburbia for the past year and a half felt wrong. We hadn’t seen most of our friends, we rarely went out, we spoke to only two other people on a regular basis and the highlight of our social life was waving to the lawn guys across the street once a week. Our work still felt tremendously meaningful, but our only outlet for stress was running around our neighborhood.

I get that it’s hard to achieve both meaning and happiness but that doesn’t mean it isn’t worth a shot. So, we packed up our bags, including a 30 lb computer tower and two monitors, and moved to a small town in Spain.

A Quick Background on Smashrun

Smashrun is our data crunching analytical site for runners. It started out as one of Chris’ personal projects, which evolved into a full blown repository for run data collected by various apps and devices. We’re a bit of a stats haven for runners, we shamelessly dig deep into the details of your run data, and we let our personality run wild when you break through a running milestone. Really, what’s the point if you can’t stay motivated?

Why We Moved to Spain 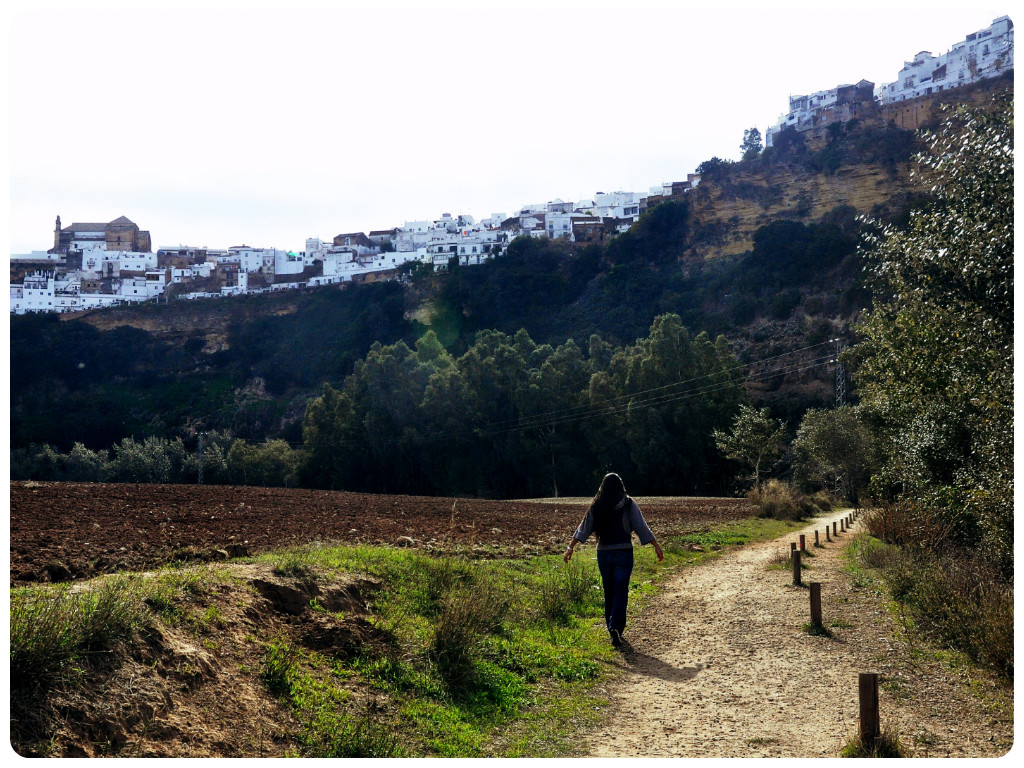 Sometimes it’s necessary to detach yourself from the familiar to rekindle your awareness of where you stand in your life. Talking to complete strangers in a foreign country can do that to you too. It flushes out your identity and reminds you of all the little things that you might not otherwise pay attention to like: why you’re an entrepreneur, why you moved to a small town in the middle of nowhere in Spain, or why you say you’re “American” when you were born in a foreign country and lived there for 10 years before leaving.

Speaking to complete strangers in a bar or a supermarket in a foreign language is so much worse than talking to a VC. You’re not even asking for capital and yet they want to know everything about your startup. In Arcos, they also want to know whether or not I cook, if I go to church, what my plans are for Christmas, and why I like to run. You’re always answering questions. You can’t not have an answer.

Travel fundamentally changes your life. Experiential lessons are often served more quickly than you might prefer, and that’s okay. Changing is living. This is why we moved.

The Spanish economy has suffered quite an economic catastrophe and they’re just starting to show signs of recovery. You would think that means everyone, everywhere, in Spain would be ridiculously and blatantly bitter, but you would be wrong.

Like most other small towns, people treat you like tourists for the first week or two but, it quickly changes when they realize you’re staying longer. It’s hard to not spend at least 20 minutes at the deli or meat counter without the person asking you about your day. I have to memorize all sorts of small talk before heading out, because I’m worried I’ll look like an idiot for not knowing what to say other than what I already said last time.

Our rent is only about USD $660/month and while our “line-of-sight” included internet is occasionally an embarrassment to be reckoned with, our neighbor and makeshift landlord across the street has run an ethernet cord from his house to our living room (across the street) so that we can average between 7MB/s – 12MB/s and work all day without skipping a beat.

Arcos is also notoriously well known for its hills. These hills stop you halfway up carrying your groceries, because you (at a ripe young age of 27, way younger than the 70-year old man walking past you) have to catch your breath. Chris, describes it perfectly:

There’s this one hill that leads up the side of the cliff face to the cathedral. We’re using that hill to calibrate a “Level 9″ hill difficulty on Smashrun. It kicks off at a 20% grade, and only rarely lets off, but the bit that’s not over 20% grade is hardly noticeable. Well, what with all the the sweat dripping in your eyes and the light-headedness precipitated by oxygen deprivation.

Each time I run this hill, I make it just a few steps farther than I did the last time before I have to start walking. Let me say that again. Before I have to start walking. No. Not slow down, not dig deep and find my inner champion, but walk….slowly…very slowly. And, when I start walking (very slowly) I don’t start running again, because quite frankly, I would have a heart attack and I would die on the spot. And then I would roll head over heels for next 10 minutes until I reached the bottom of the hill. And then this hill, this level 9 hill, would probably send a boulder rolling down after me and crush me with a kind of grim finality usually reserved for cartoon characters and blockbuster movie villains. You know, because, there’s a slim chance that some prospective hero who knew CPR might be happening by, and this is a hill that doesn’t take chances. It is just that kind of a hill. 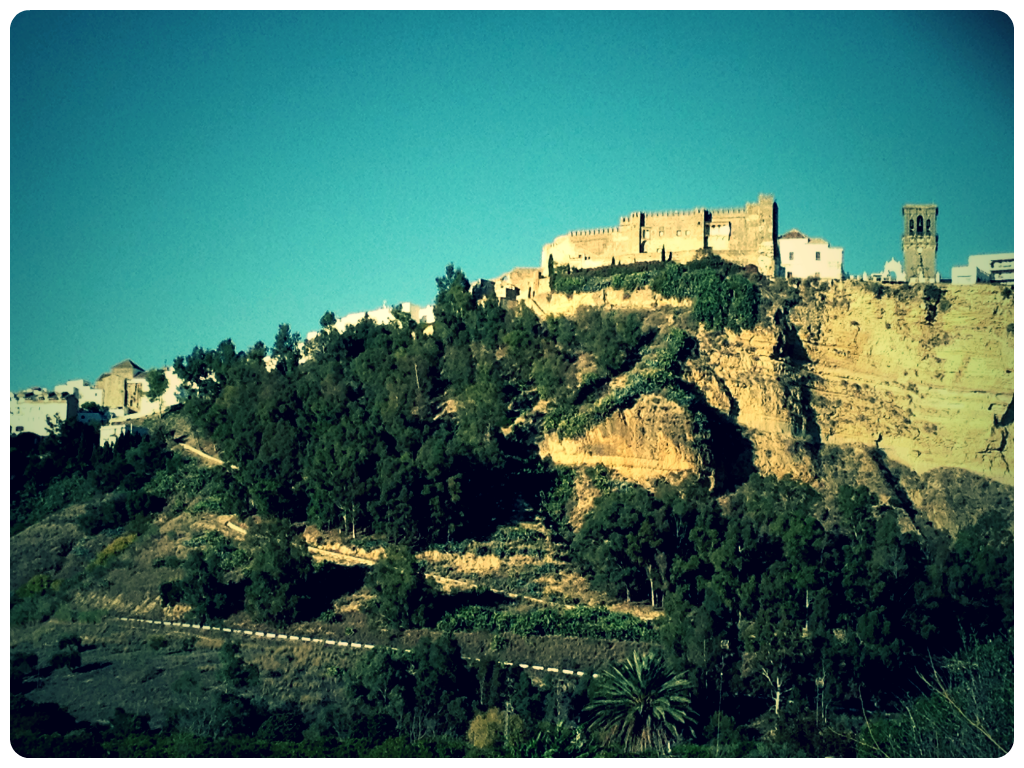 This is our level 9 hill that we use for calibration.

These paths were not made for runners but, they sure do a good job of helping us perfect our hill index and tuning those performance factors.

This Is How We Did It

There’s really no secret sauce to how we pulled it off. Before the big move, I searched for all the cities in the world where the cost of living is low and where the internet is good. Then I cross referenced it with cost of plane tickets using ITA Software, I looked at AirBnb/HomeAway options, MindMyHouse, and cost of local travel (getting from the airport to the final destination).

Nicaragua, Panama City, and Ecuador were ruled out on the basis of unreliable internet, Munich was ruled out on high cost of living, and Buenos Aires was a steep plane ticket from the East Coast. We also thought about Budapest, but the language barrier was a minor deal breaker and, again, the plane tickets were no good in October. On a whim, we checked out Spain and the numbers aligned. We just needed a low cost of living, decent internet, and a good location for running, and we found it.

Startups Move to Connect or Reset

A lot of people would disagree with our decision to move to a small town in Spain without a startup community. You see, I’m convinced that founders uproot themselves for one of two reasons: to connect with other founders and seek funding or to seek change in order to break out of a mental rut. We fit the latter. Arcos is not a bad place to call home for a few months and it’s just enough of a change to jumpstart our creativity and keep us focused.