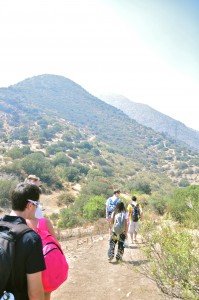 It won’t take you long to realize that cars rule the streets of Santiago. Even when you’ve got the walk sign, they’re not exactly slowing down as they make that curb… they’ll stop, sure, but it’s pretty obvious they’d rather not. So it’s such a nice discovery to find that there are trails within the city and just along the outskirts where the only things you’ll come across are a handful of hikers, bushes, and trees.

This past weekend, we rounded up a small group of 8 and decided to hike a trail at Parque Natural Aguas de Ramón. It was a pretty easy commute (take the red line to Baquedano, then transfer in the direction of Plaza de Puente Alto – get off at metro Cristóbal Colón – take the D08 or D08c outside the metro station in the direction of Plaza de Reina). There’s about a mile and half walk from the bus stop to the park entrance. Detailed directions are on the park’s website 🙂

We got there around 10:30am and were promptly informed that we probably shouldn’t attempt the Salto de Apoquindo trail (~9 hours return). You wouldn’t be able to make the entire trip after 9am because the park closes at 6pm. So we settled on Los Peumos. 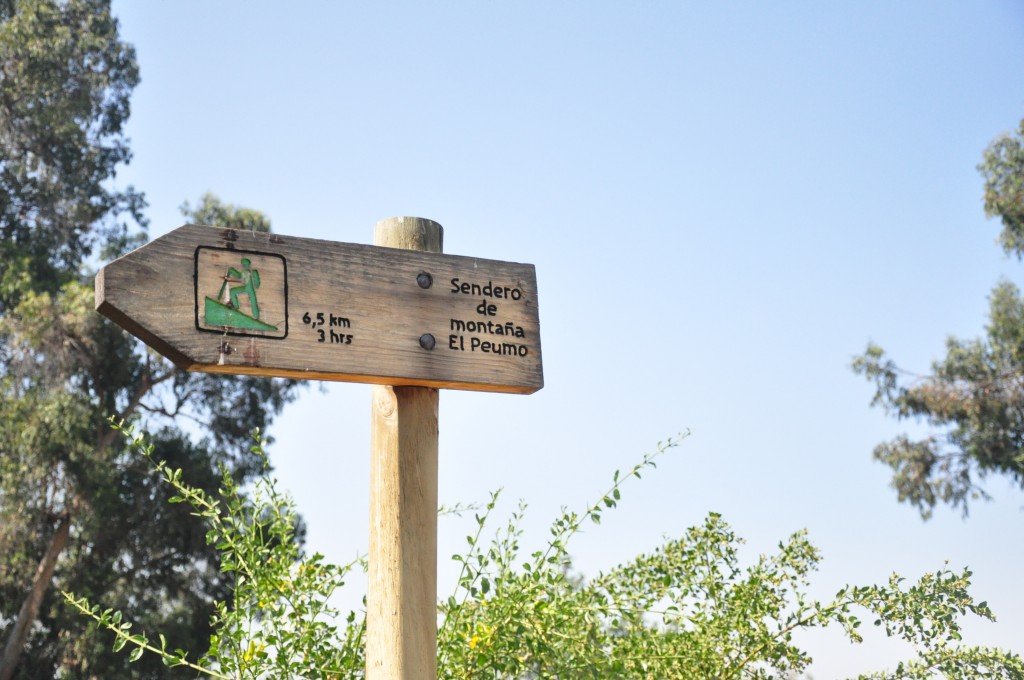 The trail is quite steep on the initial climb. It’s very dry and hardly any shade. Although, it doesn’t take long to get an amazing view of the city at the top, along with the mountains surrounding the entire hike. 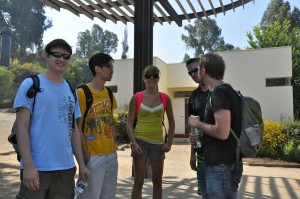 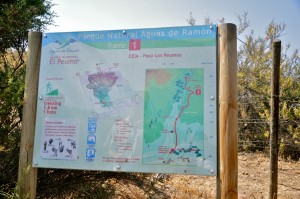 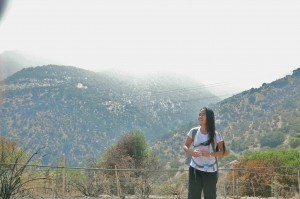 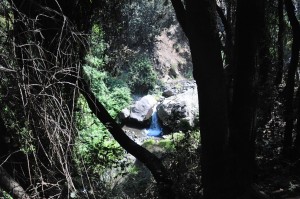 And you should definitely cool off when you get to the mini-falls… the water’s frigid, but you’ll warm up pretty quickly on the hike back, so might as well enjoy it. 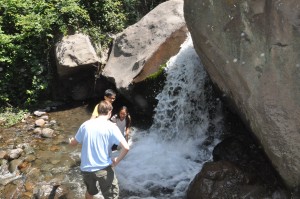 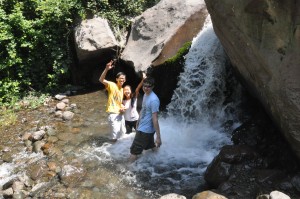 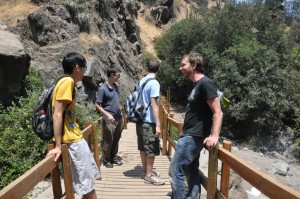 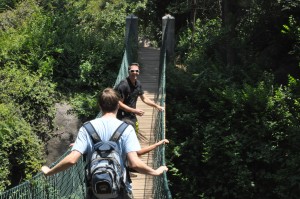 By the way.. don’t forget to sign out when you finish. You wouldn’t want park security wandering around and looking for you because you forgot to check out 😉