A tagine is an earthenware pot which, if you tried to purchase one made by Le Creuset, you’d think you could never own one and maybe even mistakenly think that you could never prepare a dish like Lamb Tagine. You’re lucky you don’t actually need one.

Will it turn out differently? Absolutely. Although, that doesn’t mean it won’t be close “enough” to the real thing. It might require a little more patience (I’d put money on the line that tagine always involves a lot of waiting) and a little more attention (because the heat will not distribute as evenly in a standard pot or pan), but it’s well-worth the effort.

The above link to BonAppetit is the actual recipe I followed. It’s incredibly easy. Just remember that you have to start the day before and soak the dried chickpeas overnight. I used lamb shoulder chops, because I’m a strong believer that bones impart more flavor in a dish. Besides, it’ll sit in the pot long enough for the meat to fall off, so it’s really win-win!

Also, if you’ve got good tomatoes, don’t skimp on it and used canned – fresh is always better – and add more than one cup. It’ll reduce beautifully. If your stock isn’t enough, adding water is not a sacrilege. It’s probably just a little better for you, anyway.

I’d say it turned out quite nicely for a first in this kitchen. 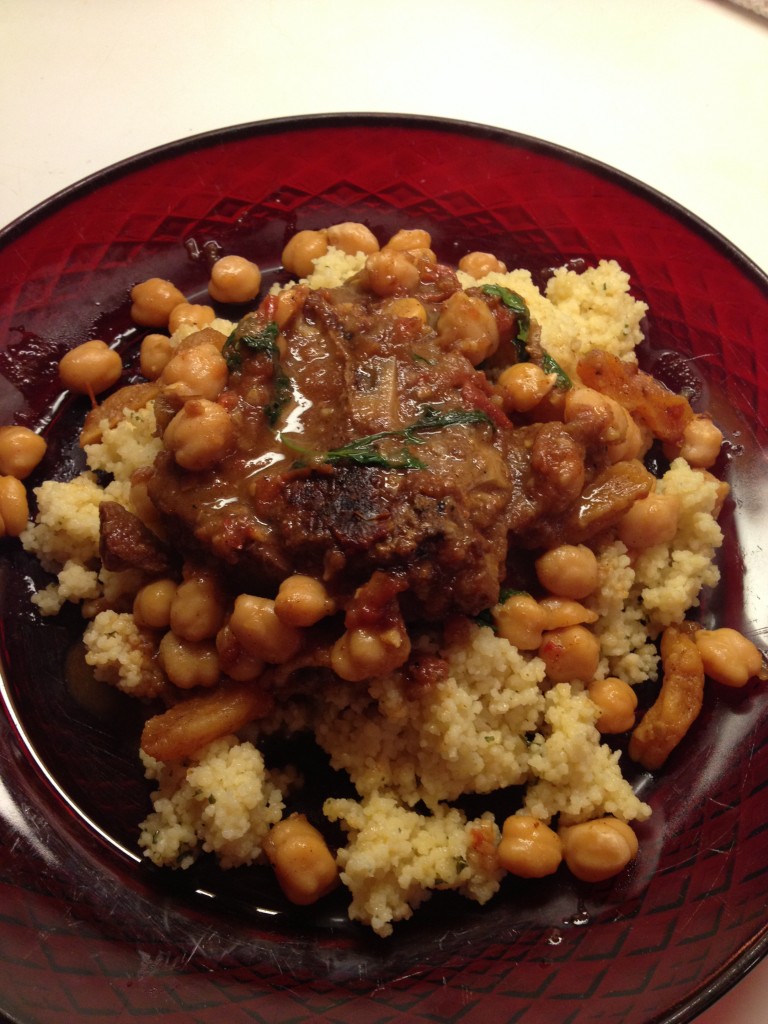